What does the surface of the Red Planet look like? What are its physical, magnetic and chemical parameters? What is the atmosphere and there is water? And the most interesting, is there intelligence, intelligent beings and life on Mars, and in what form?
These are questions that have excited humanity for decades! There are scientific expeditions to Mars and the orbit, which send new and accurate data and photographs to the planet, map its surface. Based on these data, scientists speculate their theories and assumptions, and fantastic writers write fascinating readings!
Let me explode my imagination and show you my idea about MARS. I’m sure there, on the Red Planet, under certain lighting conditions, these landscapes exist. They are waiting to be discovered and seen!
1. VALLES MARINERIS – the largest canyon in the solar system. It is located on the equator of Mars, 4000 km long and deep 7 km, in places up to 10 km.
2. NOCTIS LABYRINTUS – the western part of VALLES MARINERIS. Bordering west with the vast volcanic plateau THARSIS. It is a labyrinth of deep valleys and steep canyons.
3. TITHONIUM CHASMA – the middle part of the VALLES MARINERIS canyon system.
Melas chasma is one of the deepest canyons in the canyon – 9 km. Under the surrounding surface.
4. A MESA IN NOCTIS LABYRINTUS – Meat is a plastic mass of overlays of piles of stones and sand.
5. ECHUS CHASMA’S FROZEN WATERFALL – located on the high LUNAE PLANUM plateau, north of VALLES MARINERIS. It is believed that there was a 4,000-meter high waterfall.
CHASMA is a deep, elongated and steep hollow. 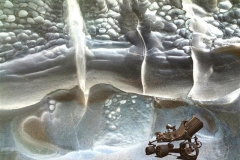 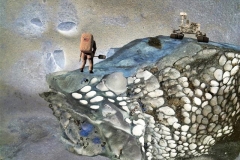 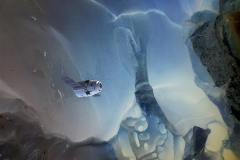 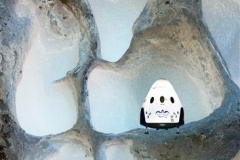