This sequence contains 19 photo collages, which represent Sacred geometrical symbols and fractals.
The sacred geometry represents the Cosmic mathematics. It shows the formation of all physical forms is based on the right algorithms. It is a universal language, description of the internal order and the various interactions in nature. It also depicts a mathematical template, in which all forms of life in nature are interconnected – from microbes, plants, animals and humans, to the planetary and stellar motion. Moreover, it reflects the microcosm inside the microcosm. Geometric cosmology is a synoptic means of showing the inner order of the Universe. It helps visualize the interconnection between shape, motion, space and time.
All in the World is energy in a constant state of change. Its fluctuations, impulses, wave length, rhythms and cycles of variable order, can be described mathematically and geometrically. The total number of energies does not either increase or decrease.It constantly transforms itself into different types instead. From the dance of atoms to the spiral-shaped Galaxies, every type of movement and enlargement is managed by one and the same set of mathematical laws and these laws, indicated as geometrical symbols, hide the very ancient secret, the Secret of Creation. The symbols of the Sacred geometry constitute a mathematical and geometrical model of the sequence of Creation.
Setting foot on this archaic knowledge, I have depicted the symbols of the Seed of life, the Egg of life, the Flower of life and the Fruit of life, so as the Golden spiral.
The primordial, fundamental shape in space is the sphere. It is the source which initiates the Creation for the very first time. Initiating its swirling, the sphere multiplies and a new sphere, the same as the first one, appears. The intersected oval figure formed after the overlapping of the two spheres in their centers, is called Vesica Piscis /See fig. 1/.

Fig. 1 A vortex of two spheres
In Latin, “vesica piscis” literally means “bladder of a fish”. This model is a geometrical formula of the electromagnetic spectrum of Light. The Bible says “the first thing God created was light”.
The spheres multiplication carries on until the circle closes. This forms the so called structure of Seed of life, which illustrates the first seven days of Creation. Each of these circles represents a key, shaping the dynamic field of possible geometrical correlations. This defines it as one of the most fundamental structures of Creation. These 7 circles can be seen as our 7 chakras, the colors of the rainbow, even as the music notes. The Seed of life is a basic constructive unit, which helps understand the infinite, fractal structure of life. /see fig. 2/

Fig. 2
The Seed of life is a fundamental constructive element of the Flower of life and represents the first step of its creation. The design of the Flower forms the Fruit of life. This means that the Seed of life is a basic architectonic unit in the construction of the reality.
The spheres keep on swirling by adding 6 more spheres. The new structure is precisely the Egg of life. This is the second stage of creating the Flower of life. The division is identical to the fission of a fertilized egg. One sphere forms two new spheres, then 4, 8…, etc. This structure corresponds to the third stage of the embryo fission. /see fig. 3/

Fig. 3
The third vortex of the spheres shapes the Flower of life.
It’s formed by 19, 37, 61, 91, etc. overlapping and interconnected circles. It is considered as the most sacred geometrical symbol of all. The Flower of life is the ideal for elegance and meaningful beauty. /See fig. 4/

Fig. 4
On а plane the pattern of the Flower of life the drawing of the Flower is in equal overlapping circles with a radius of 1 /inch or cm/, given every intersection point serves as a new center.
The pattern can be expanded outside into equilateral hexagons of concentric circles, as shown in the first sequence of the diagram. The set of circles within these hexagons can be: 1, 7, 19, 37, 61, 91, 127, etc. The number of circles is n3- (n-1) 3 = 3n2-3n + 1 = 3n (n-1) +1. These overlapping circles can be seen as a projection of a cube with n-number of units of spheres in a three dimensional space, observed along its diagonal axis. There are more spheres than circles, because some of them are overlapped in 2 dimensions.
The second sequence shows the pattern with the overlapping circles simply, generating Vesica piscis.

Fig. 5
1 from the second sequence is the architectonic unit of the Flower of life, derived by the Seed of life. This is the number of bricks, built the design of the Flower of life. It is noticeable that it has one sequence less than the number of all spheres, forming the hexagon of circles in the planar plane.
The flower of life is like an spatial substance full of energy and charged with excessive potential. It can outsource an infinite variety of manifestations! It is a volumetric structure and its design, depending on the way of connection between the various overlapping spheres, it discovers the 5 Platonic solids, as follows:
Cube (Hexahedron), Star Tetrahedron, Octahedron, Dodecahedron, Icosahedron. /See fig. 6/

Fig. 6
All five solids are regular polyhedrons with all angles equal and sides equal and with same number of faces meeting at each vertex. The regular polyhedrons are known as “(the five) Platonic solids”, because Plato uses them as a means of explaining the structure of Universe. We can find this in one of his works, the dialogue of Timaeus (IV century B.C.). The plot reveals the four elements (earth, water, air, fire) represented as Cubes (Hexahedrons), Icosahedrons, Octahedrons, Tetrahedrons respectively. The last fifth polyhedron, Dodecahedron, is assigned with secret mystical properties. It represents the cosmos as a whole. The ether itself.
In the design of the Flower of life one more Sacred symbol can be found: “The Fruit of life”. /See fig. 7/

It constitutes of 13 circles, which express 13 different sheres of notion of the Existence. The whole information of the Reality is hidden in these 13 spheres – from the construction of the atoms and molecules, the living creatures.. to the Universes in Space.
The design of the Flower reveals one more sacred figure of big importance: The Tree of life. /see fig. 8/

I once asked a guru from Bali, named Chok, what he knew about the Flower of life. He told me it was everywhere and in everything. These symbols can relate to human life very easily. Childhood is our Seed of life, the time we sow the seeds of our future lives. The Egg of life represents our teenage years. The Flower of life is our maturity. The Fruit of life is our old age, all the knowledge, wisdom, impressions, skills, abilities, culture, values and spirituality we have built up all our lives!! The symbol of the Flower of life is so ancient that can be found in manuscripts, temples and art in various different cultures all over the world: The Temple of Osiris in Abidos, Egypt, in many Chinese Temples and the Forbidden city, China, in the ancient Synagogue of Galilee and Mesada, Israel, in Japan, in Hari Mandir – the Mystical Hampi and the Buddhist temples in Ajanta, India, in Ephesus and Izmir, Turkey, in Italian art from 13 century, in Cordoba, Spain in ‘la Mezquita’.

The golden ratio (also known as the golden proportion, golden section or divine proportion) is an irrational number in mathematics. It expresses the relationship of the sums of 2 quantities /a+b/. Two quantities are in the golden ratio if their ratio is the same as the ratio of their sum to the larger /a/ of the two quantities a/b=ф. When the golden ratio is rationalized in two dimensions, it is usually represented as a spiral arrangement, defined with the means of a sequence of squares and quadrants, constituting “golden rectangles”. The Greek letter Ф is used to symbolize the golden ratio and its value is approximately 1,618…

The golden ratio is not only a mathematical notion, but it is also a symbol of beauty, harmony and perfection in art, science and nature. The term “golden ratio” has been introduced by Leonardo da Vinci as a proportion of the “ideal perfect body”. It has been known to the Egyptians and the ancient Greeks from the age of antiquity. 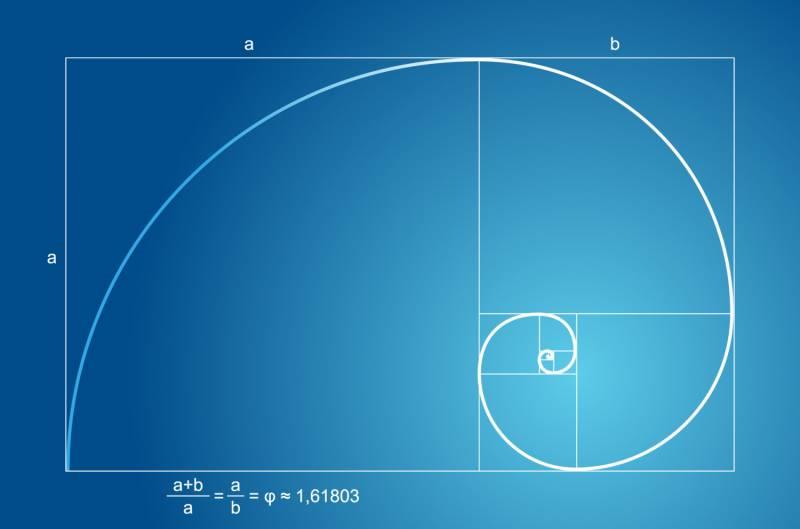 The Fibonacci sequence is a row of numbers in an integer sequence where every number after the first two is the sum of the two preceding ones 1 and 2 : 1, 2, 3, 5, 8, 13, 21. …. The proportion between two consecutive numbers approximately equals phi. The larger the numbers of the Fibonacci series, the more the proportion between the last two numbers approaches “the golden ratio” and at the limit of the consecutive quotients (given endless number in the row) it equals the “golden ratio”. The examples in nature are infinite and all around us.

Contemporary science and studies of quantum physics confirm the cosmic meaning of the Sacred geometrical solids, which are constructive elements of the notion we call Reality. The Universe has a quantum matrix structure. It is a hologram, and the space has fractal holographic character, not only on the overall field, but in each constructive element of Itself.

Everyone has a different reaction, peering into the Flower of life. Particularly the highly sensitive people can sense the powerful vibrations, which invigorate the spectator’s energy fields, giving harmony, fortune and balance.